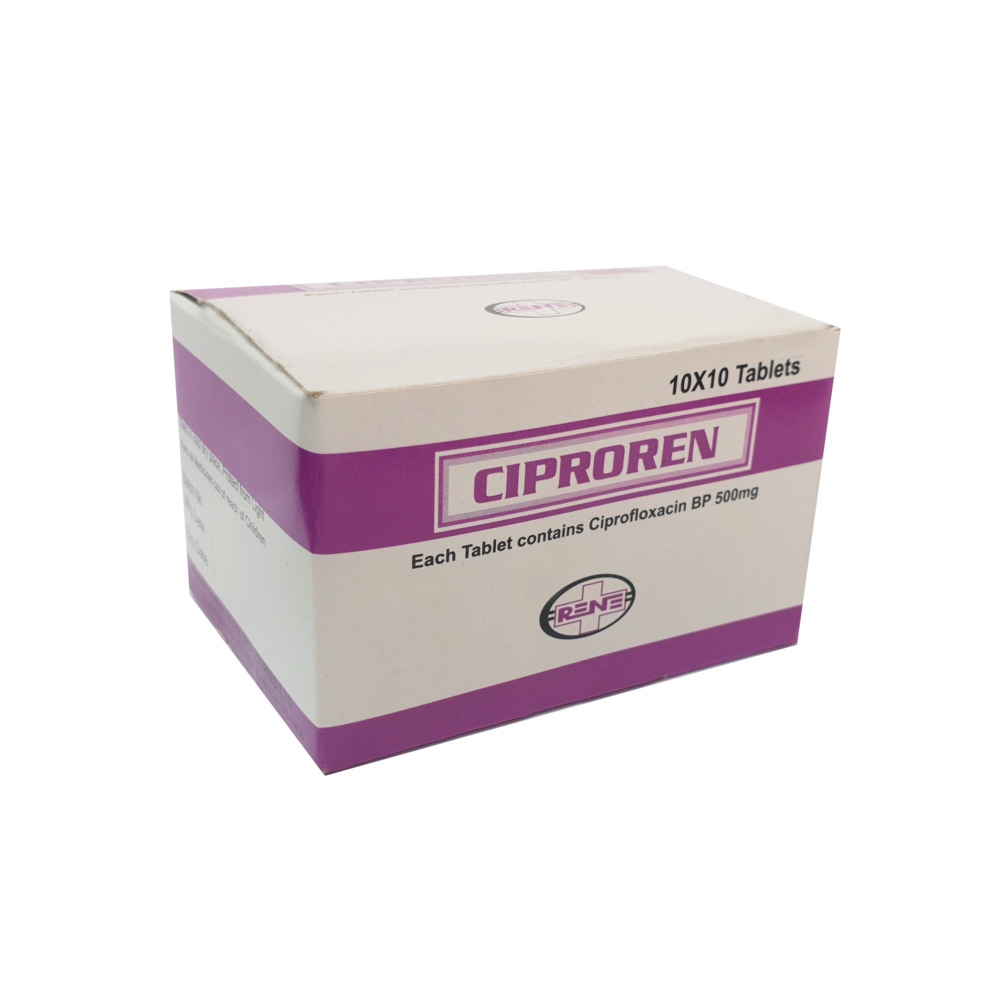 Surgical infections: Peritonitis, intra abdominal abscess, cholangitis, cholecystitis, and empyema of gall bladder.
Sexually transmitted diseases: Gonorrhea including that caused by beta-lactamase producing strains chancroid caused by H. ducreyi.
Eye, ear, nose & throat infections: Otitis media, sinusitis, mestoiditis, and tonsillitis
CONTRAINDICATIONS:
Cipofloxacin is contraindicated in hypersensitive patients. It is not recommended in children below the age of 12 years.
PRECAUTIONS:
As Ciprofloxacin may cause CNS stimulation, it should be used with cation in patients with CNS disorders such as epilepsy.
Patient receiving this drug should be well hydrated to prevent crystalluria. Excessive alkalinity of the urine should be avoided. The doses should be reduced in patients with renal impairment.
Since Ciprofloxacin caused arthopathy in immature animals, it should not be used in pregnant and nursing women.
Administration of antacids with Ciprofloxacin should be avoided as antacids containing magnesium hydroxide and/or aluminium hydroxide may interface with the absorption of Ciprofloxacin, resulting in lower serum and urine level.
ADVERSE EFFECT:
Ciprofloxacin is generally well tolerated. Some commonly reported adverse effects are diarrhoea, vomiting, abdominal pain, headache, restelessness, and rash. Other side effects, which have been reported very rarely, include arthralgia and increase the serum transaminases levels.
DOSAGE AND ADMINISTRATION:
The dosage of Ciprofloxacin is determined on the basis of severity of infection, type of infecting organism and age, weight ad renal function of the patients.
The recommended dosage schedule of oral Ciprofloxacin is as follows: